You now have R and RStudio on your computer and you have some idea of what R and RStudio are. At this point, it is really common for people to open RStudio and get totally overwhelmed. “What am I looking at?” ”What do I click first?” “Where do I even start?” Don’t worry if these, or similar, thoughts have crossed your mind. You are in good company and we will start to clear some of them up in this chapter.

When you first load RStudio you should see a screen that looks very similar to what you see in the picture below. 3.1 In the current view, you see three panes and each pane has multiple tabs. Don’t beat yourself up if this isn’t immediately obvious. I’ll make it clearer soon. 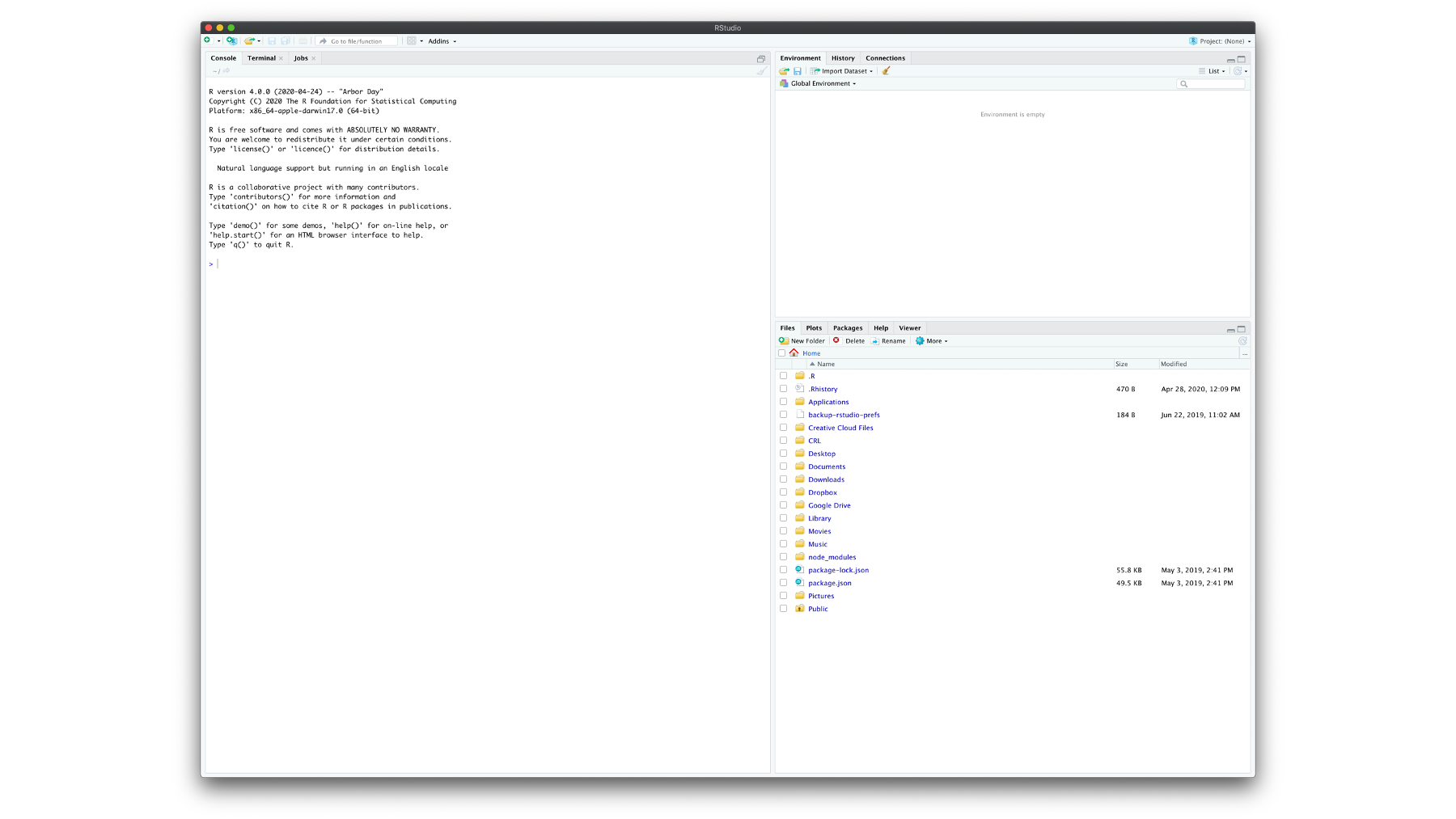 The first pane we are going to talk about is the Console/Terminal/Jobs pane. 3.2 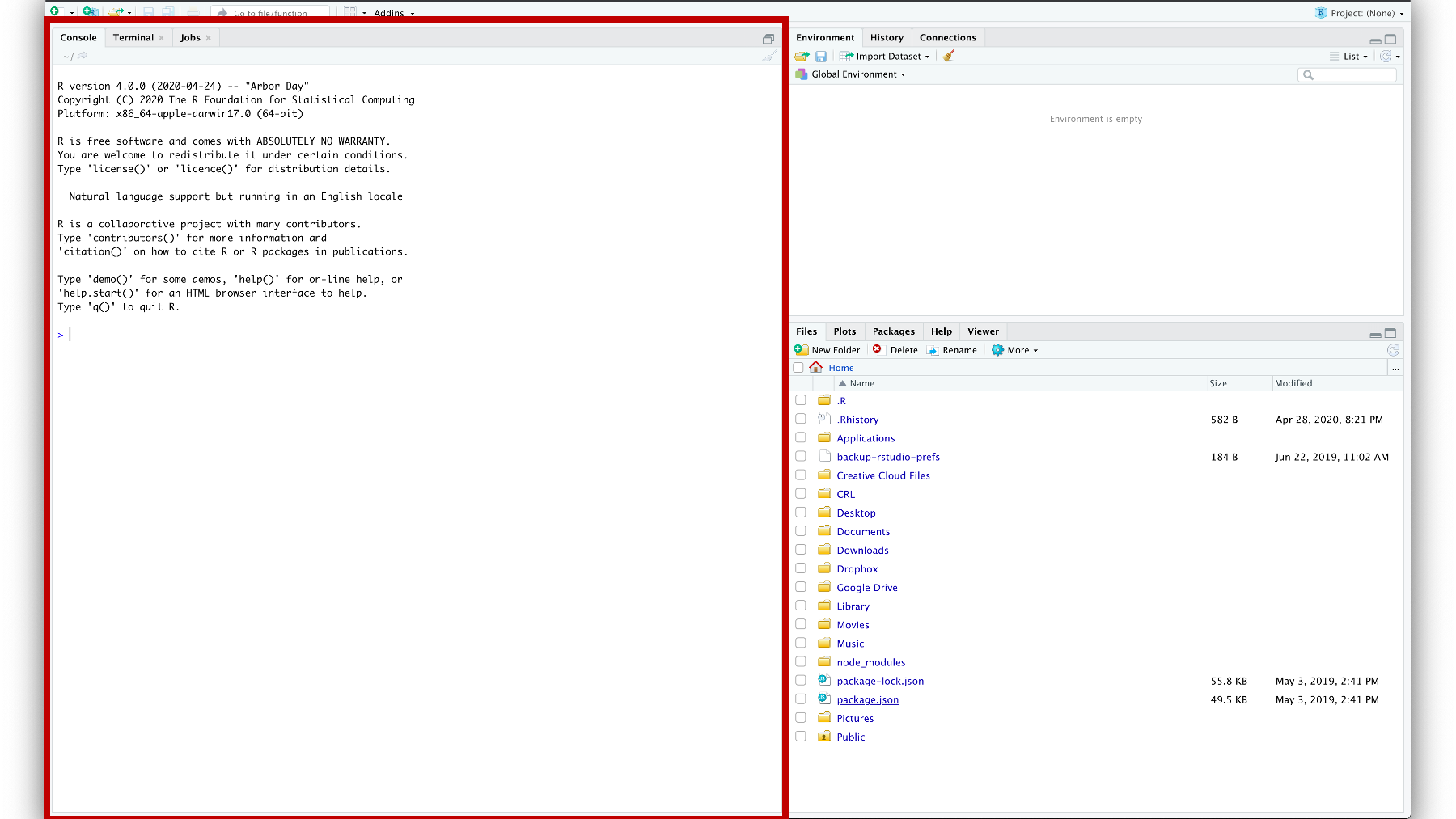 It’s called the Console/Terminal/Jobs pane because it has three tabs you can click on: Console, Terminal, and Jobs. However, we will mostly refer to it as the Console pane and we will mostly ignore the Terminal and Jobs tabs. We aren’t ignoring them because they aren’t useful; rather, we are ignoring them because using them isn’t essential for anything we discuss anytime soon, and I want to keep things as simple as possible.

The console is the most basic way to interact with R. You can type a command to R into the console prompt (the prompt looks like “>”) and R will respond to what you type. For example, below I’ve typed “1 plus 1,” hit enter, and the R console returned the sum of the numbers 1 and 1. 3.3 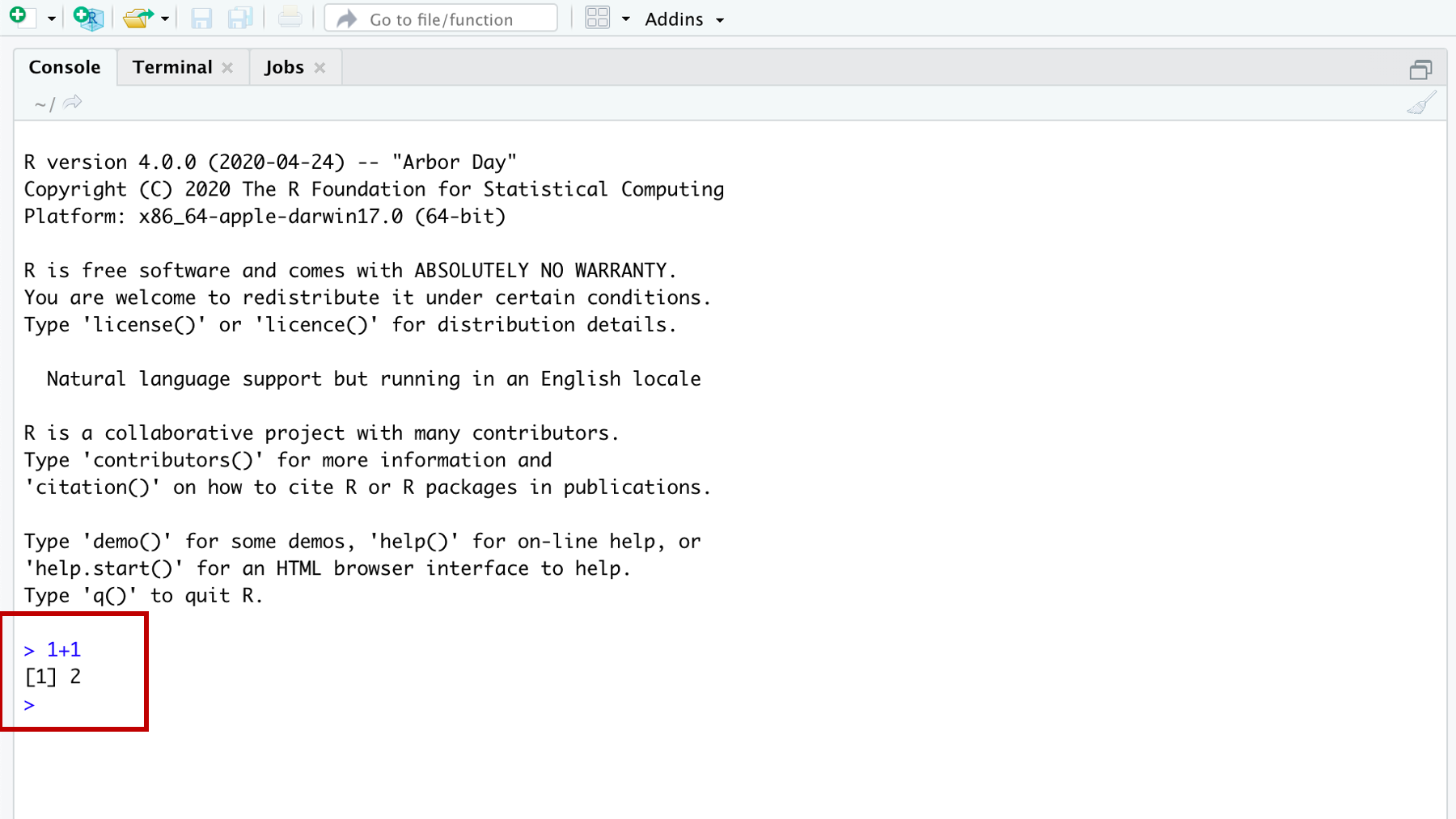 Figure 3.3: Doing some addition in the R console.

The number 1 you see in brackets before the 2 (i.e., [1]) is telling you that this line of results starts with the first result. That fact is obvious here because there is only one result. To make this idea clearer, let’s show you a result with multiple lines. 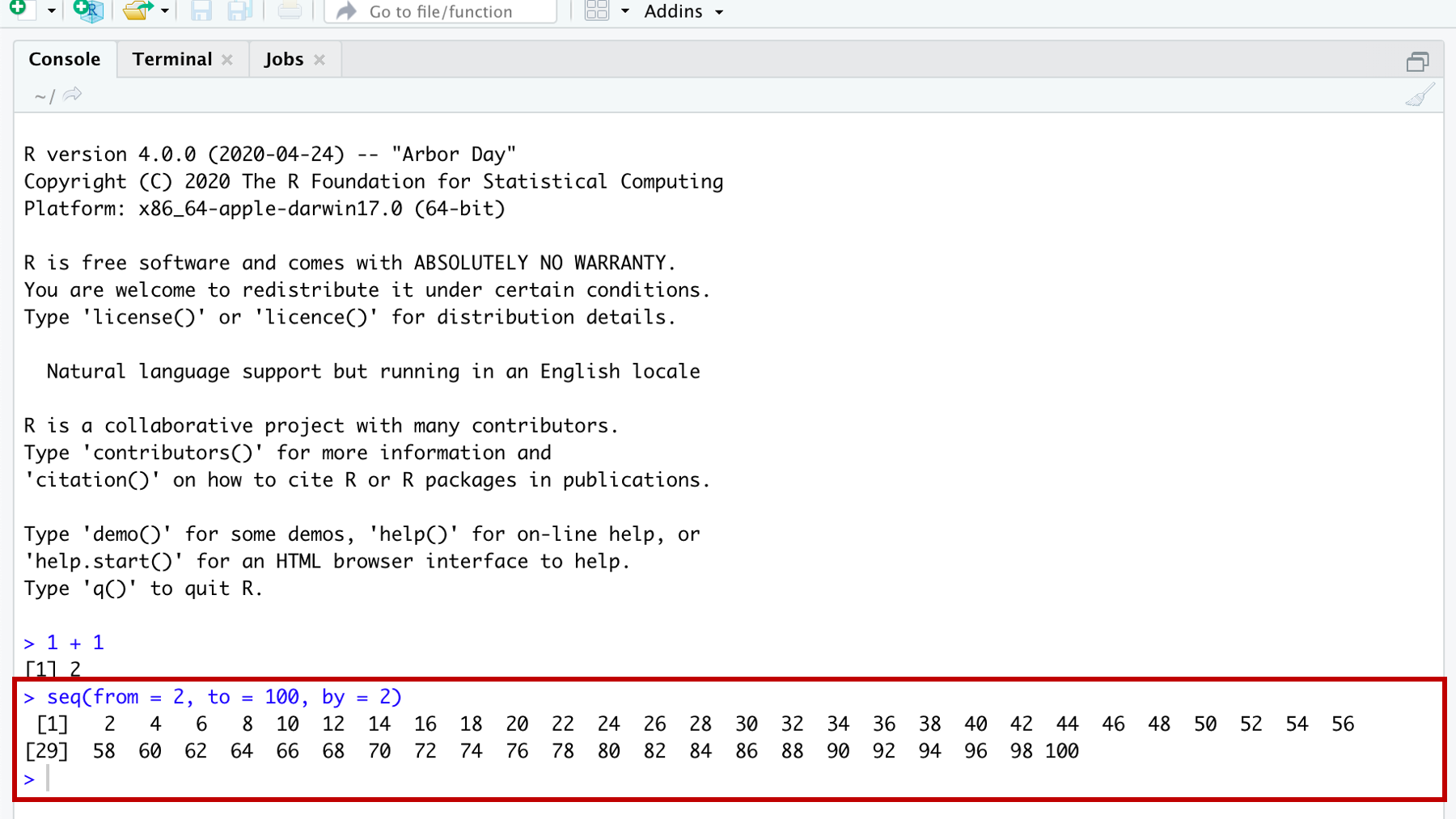 In the screenshot above we see a couple new things demonstrated. 3.4

The second new thing here that you may have noticed is our use of a function. Functions are a BIG DEAL in R. So much so that R is called a functional language. You don’t really need to know all the details of what that means; however, you should know that, in general, everything you do in R you will do with a function. By contrast, everything you create in R will be an object. If you wanted to make an analogy between the R language and the English language, functions are verbs – they do things – and objects are nouns – they are things. This may be confusing right now. Don’t worry. It will become clearer soon.

Most functions in R begin with the function name followed by parentheses. For example, seq(), sum(), and mean().

Question: What is the name of the function we used in the example above?

It’s the seq() function – short for sequence. Inside the function, you may notice that there are three pairs of words, equal symbols, and numbers that are separated by commas. They are, from = 2, to = 100, and by = 2. In this case, from, to, and by are all arguments to the seq() function. I don’t know why they are called arguments, but as far as we are concerned, they just are. We will learn more about functions and arguments later, but for now just know that arguments give functions the information they need to give us the result we want.

🗒Side Note: The seq() function isn’t particularly important or noteworthy. I essentially chose it at random to illustrate some key points. However, arguments, passing values, and return values are extremely important concepts and we will return to them many times.

The second pane we are going to talk about is the Environment/History/Connections pane. 3.5 However, we will mostly refer to it as the Environment pane and we will mostly ignore the History and Connections tab. We aren’t ignoring them because they aren’t useful; rather, we are ignoring them because using them isn’t essential for anything we will discuss anytime soon, and I want to keep things as simple as possible. 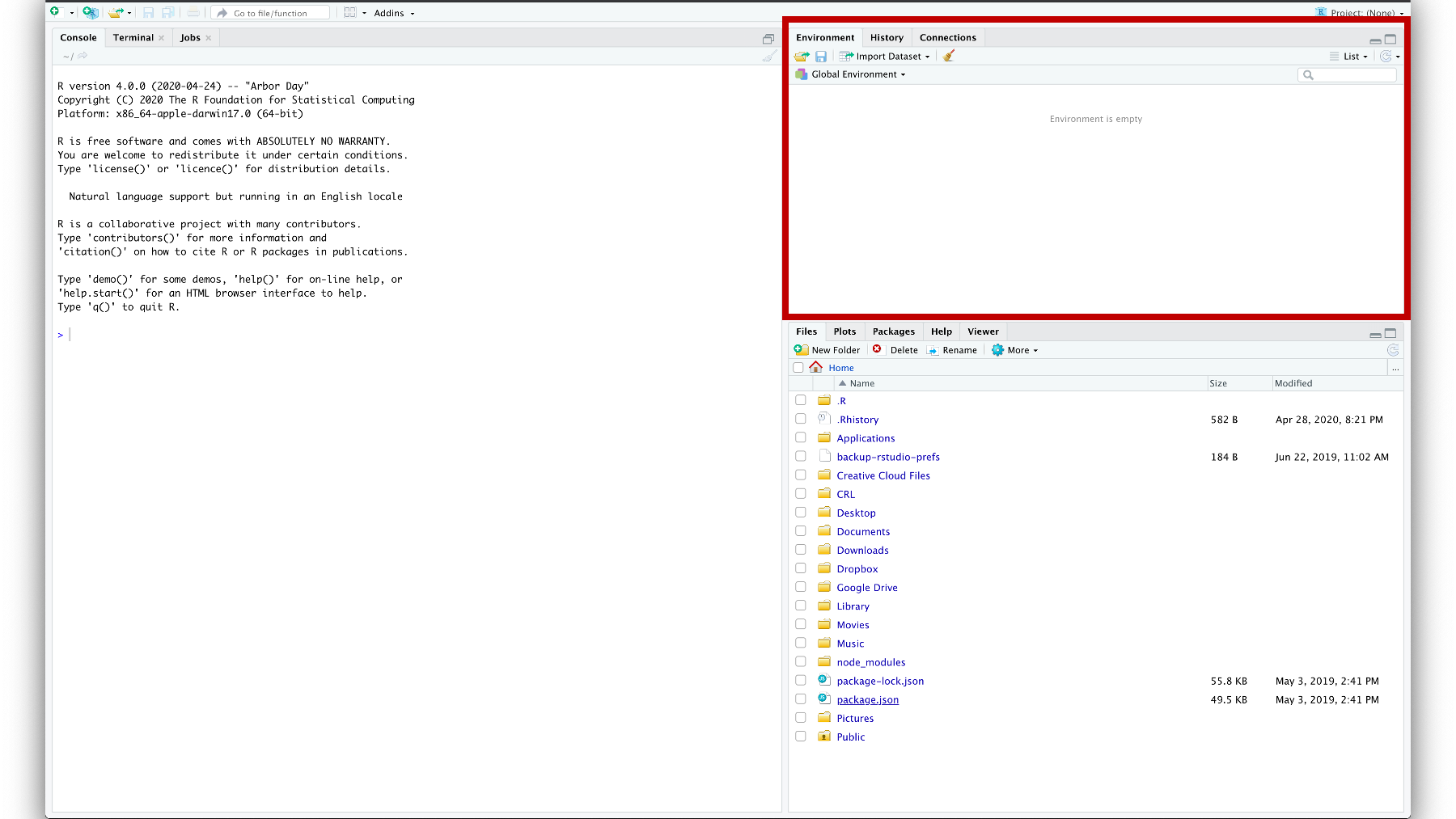 The Environment pane shows you all the objects that R can currently use for data management or analysis. In this picture, 3.5 our environment is empty. Let’s create an object and add it to our Environment. 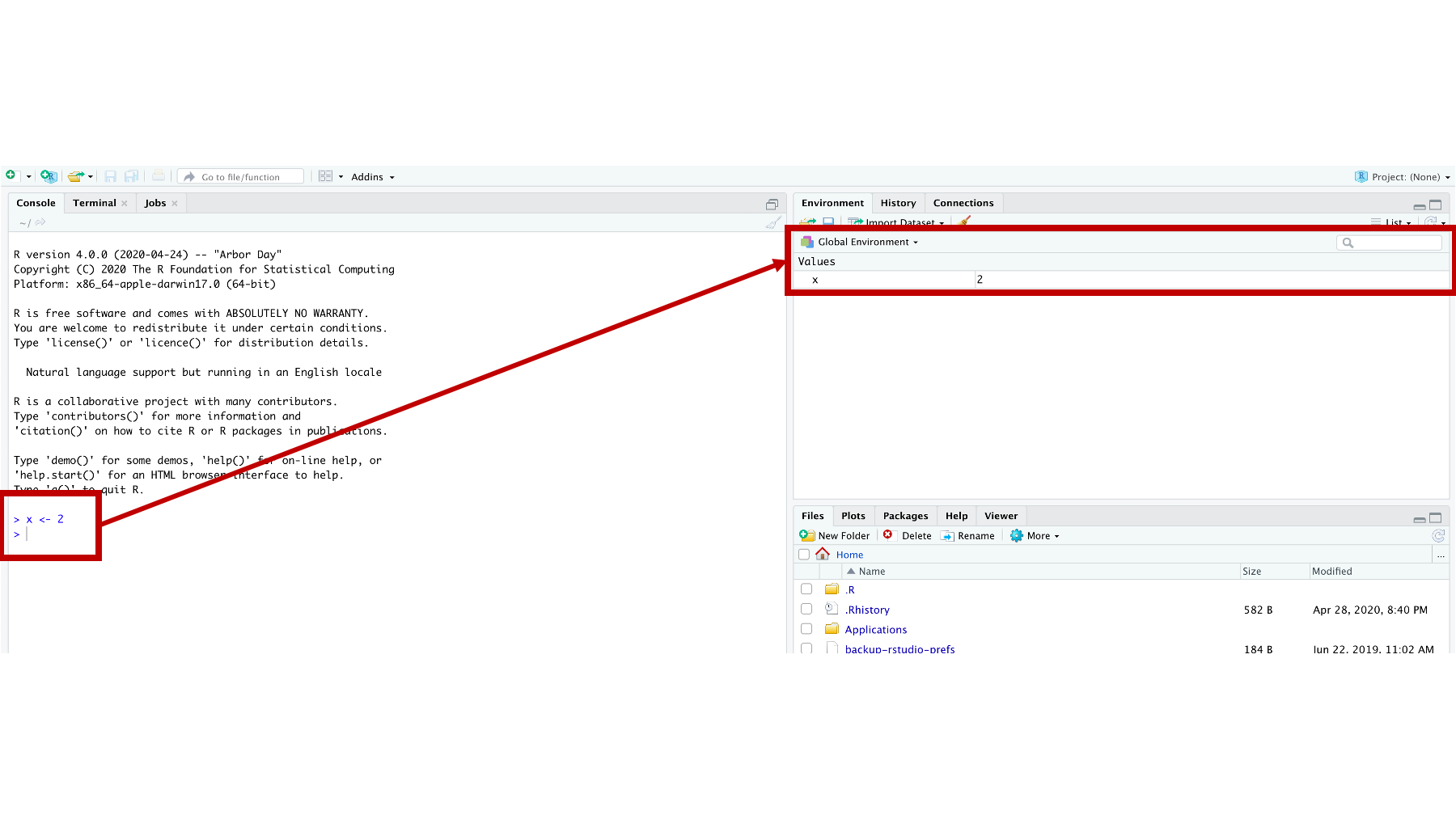 Figure 3.6: The vector x in the global environment.

Here we see that we created a new object called x, which now appears in our Global Environment. 3.6 This gives us another great opportunity to discuss some new concepts.

First, we created the x object in the Console by assigning the value 2 to the letter x. We did this by typing “x” followed by a less than symbol (<), a dash symbol (-), and the number 2. R is kind of unique in this way. I have never seen another programming language (although I’m sure they are out there) that uses <- to assign values to variables. By the way, <- is called the assignment operator (or assignment arrow), and ”assign” here means “make x contain 2” or “put 2 inside x.”

In many other languages you would write that as x = 2. But, for whatever reason, in R it is <-. Unfortunately, <- is more awkward to type than =. Fortunately, RStudio gives us a keyboard shortcut to make it easier. To type the assignment operator in RStudio, just hold down Option + - (dash key) on a Mac or Alt + - (dash key) on a PC and RStudio will insert <- complete with spaces on either side of the arrow. This may still seem awkward at first, but you will get used to it.

🗒Side Note: A note about using the letter “x”: By convention, the letter “x” is a widely used variable name. You will see it used a lot in example documents and online. However, there is nothing special about the letter x. We could have just as easily used any other letter (a <- 2), word (variable <- 2), or descriptive name (my_favorite_number <- 2) that is allowed by R.

Second, you can see that our Global Environment now includes the object x, which has a value of 2. In this case, we would say that x is a numeric vector of length 1 (i.e., it has one value stored in it). We will talk more about vectors and vector types soon. For now, just notice that objects that you can manipulate or analyze in R will appear in your Global Environment.

⚠️Warning: R is a case sensitive language. That means that uppercase x (X) and lowercase x (x) are different things to R. So, if you assign 2 to lower case x (x <- 2). And then later ask R to tell what number you stored in uppercase X, you will get an error (Error: object 'X' not found).

Next, let’s talk about the Files/Plots/Packages/Help/Viewer pane (that’s a mouthful). 3.7 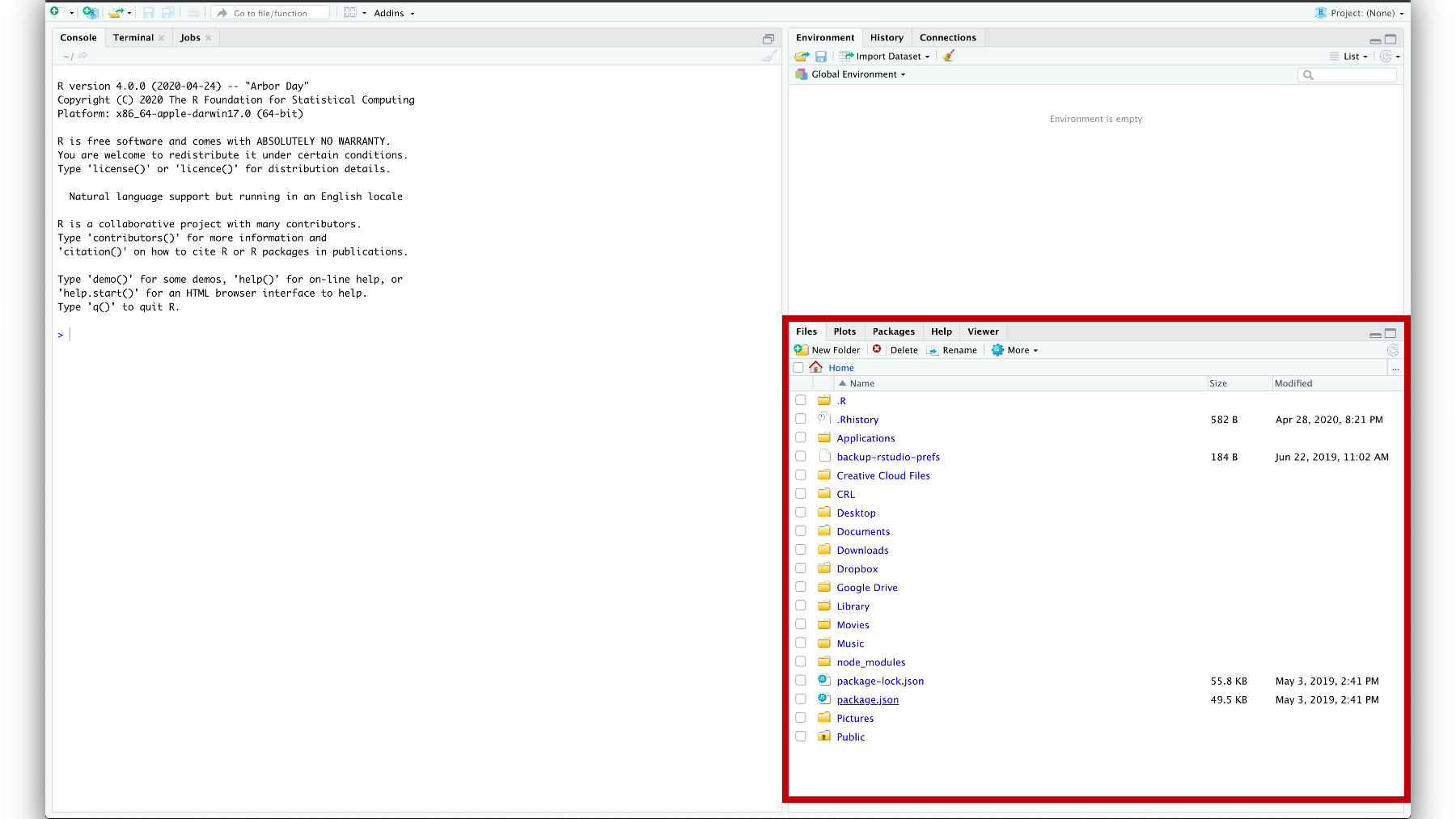 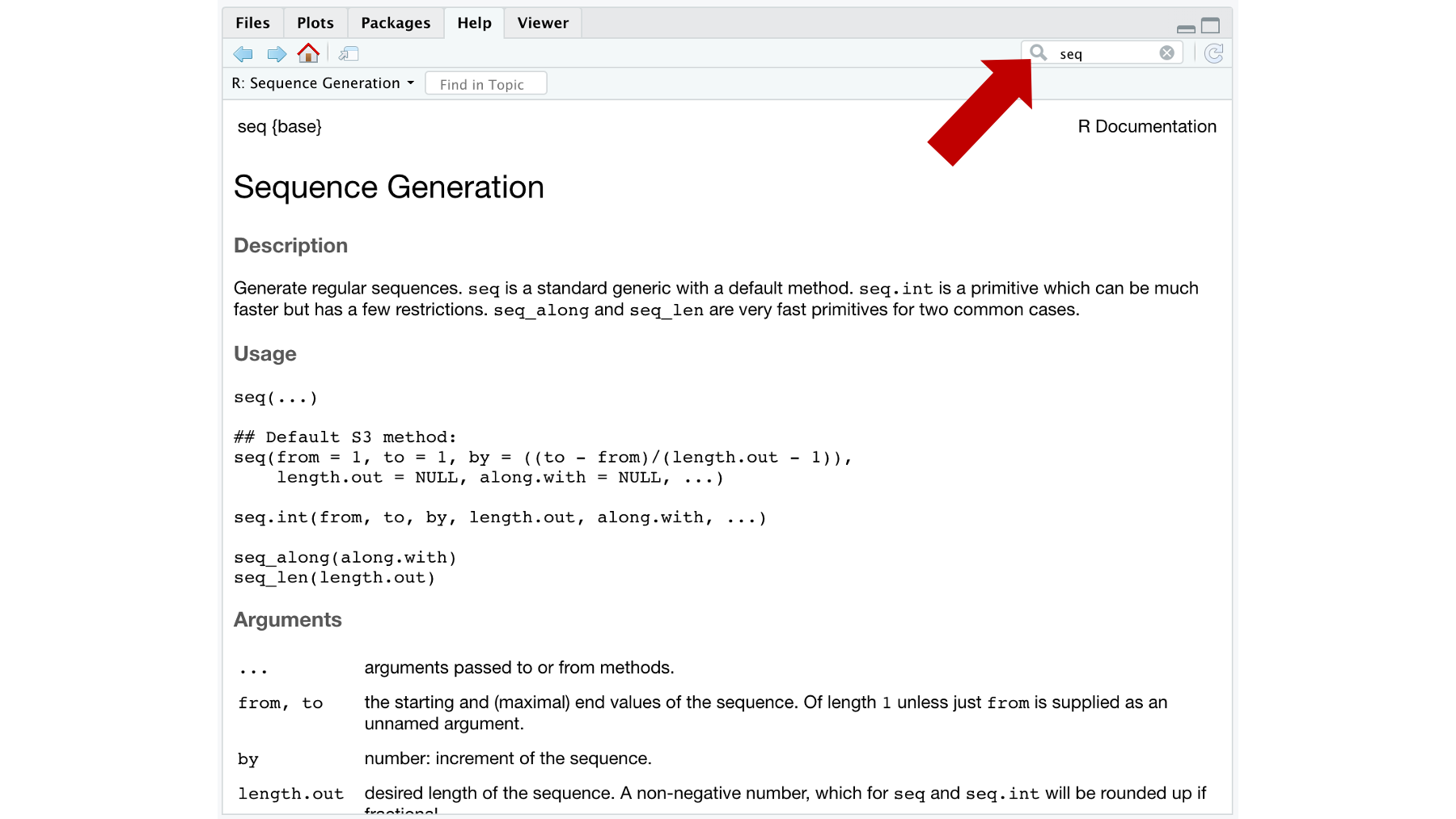 There is actually a fourth pane available in RStudio. If you click on the icon shown below you will get the following dropdown box with a list of files you can create. 3.9

If you click any of these options, a new pane will appear. I will arbitrarily pick the first option – R Script. 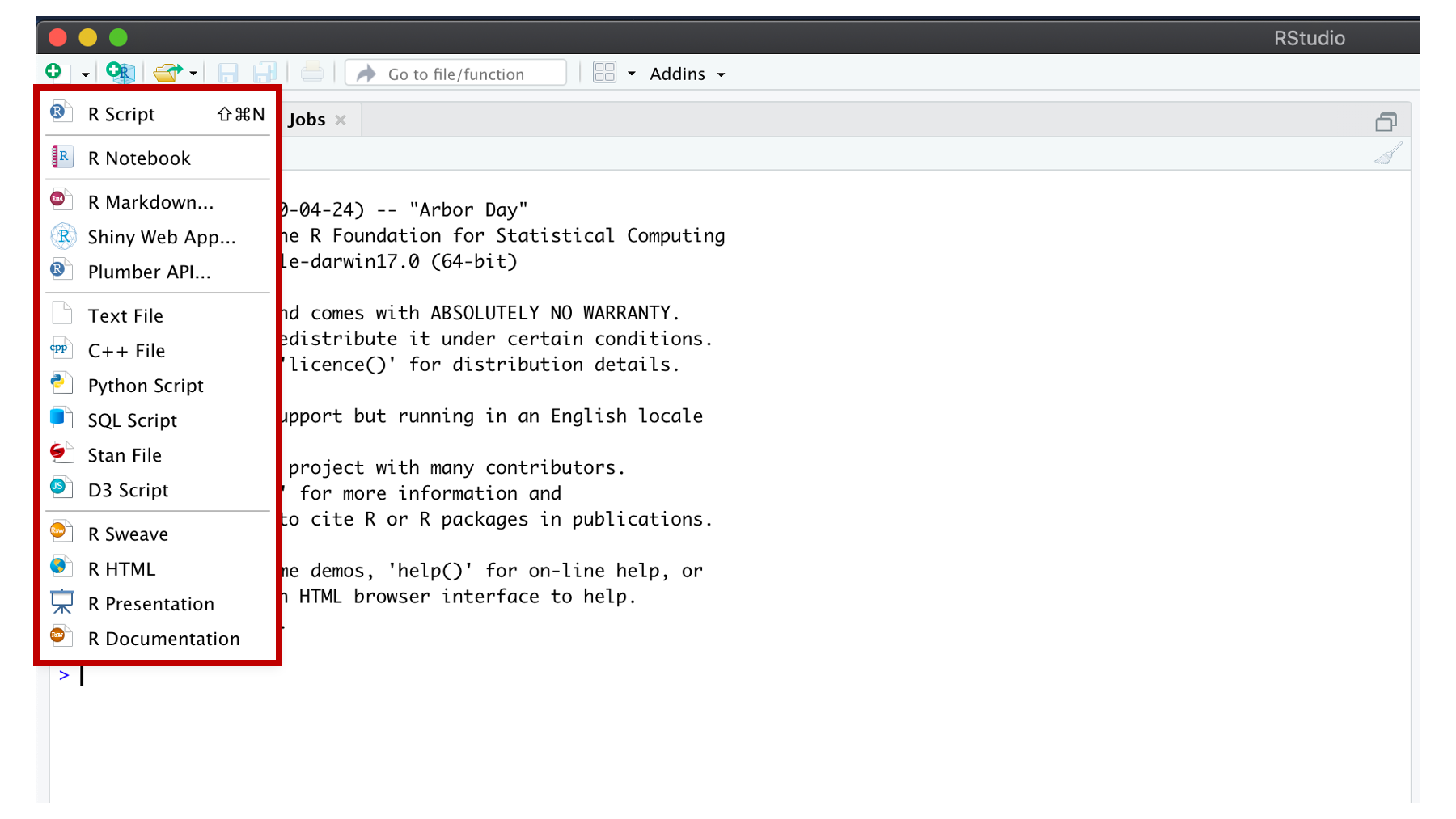 When I do, a new pane appears. It’s called the source pane. In this case, the source pane contains an untitled R Script. We won’t get into the details now because I don’t want to overwhelm you, but soon you will do the majority of your R programming in the source pane. 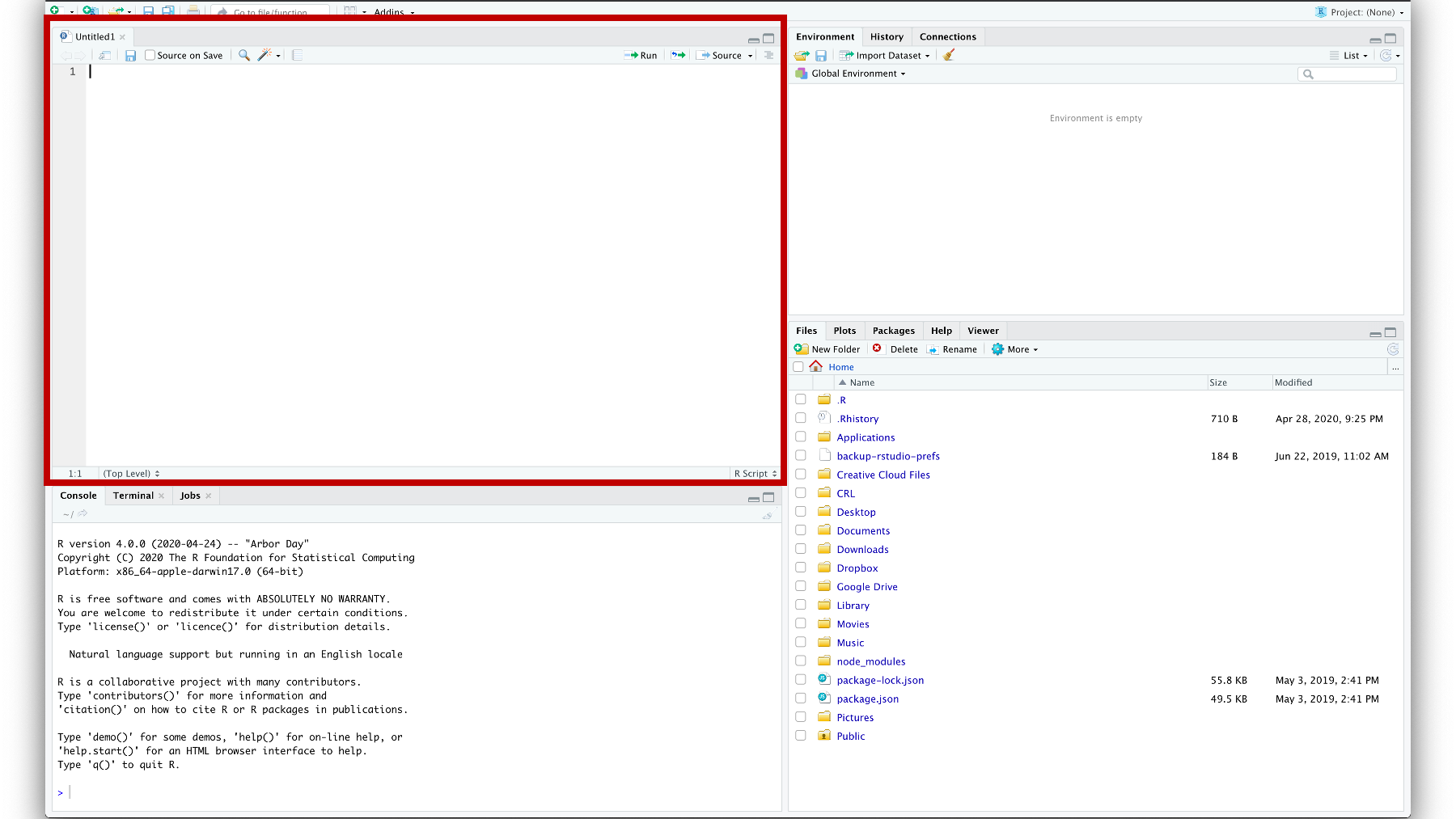 Finally, I’m going to recommend that you change a few settings in RStudio before we move on. 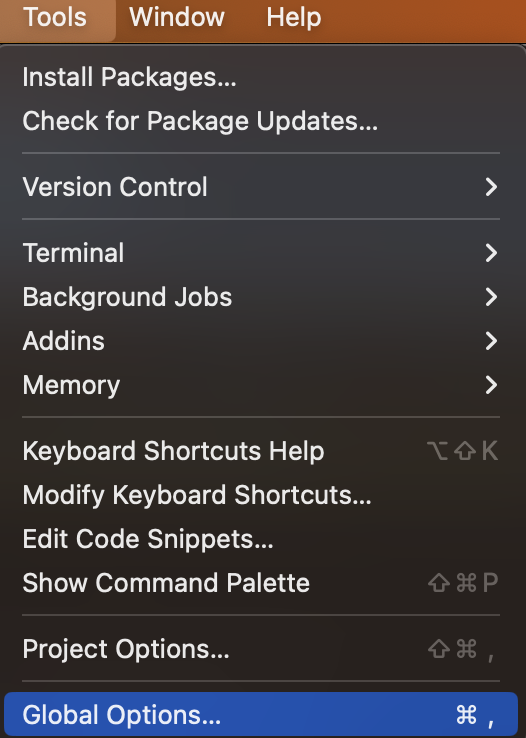 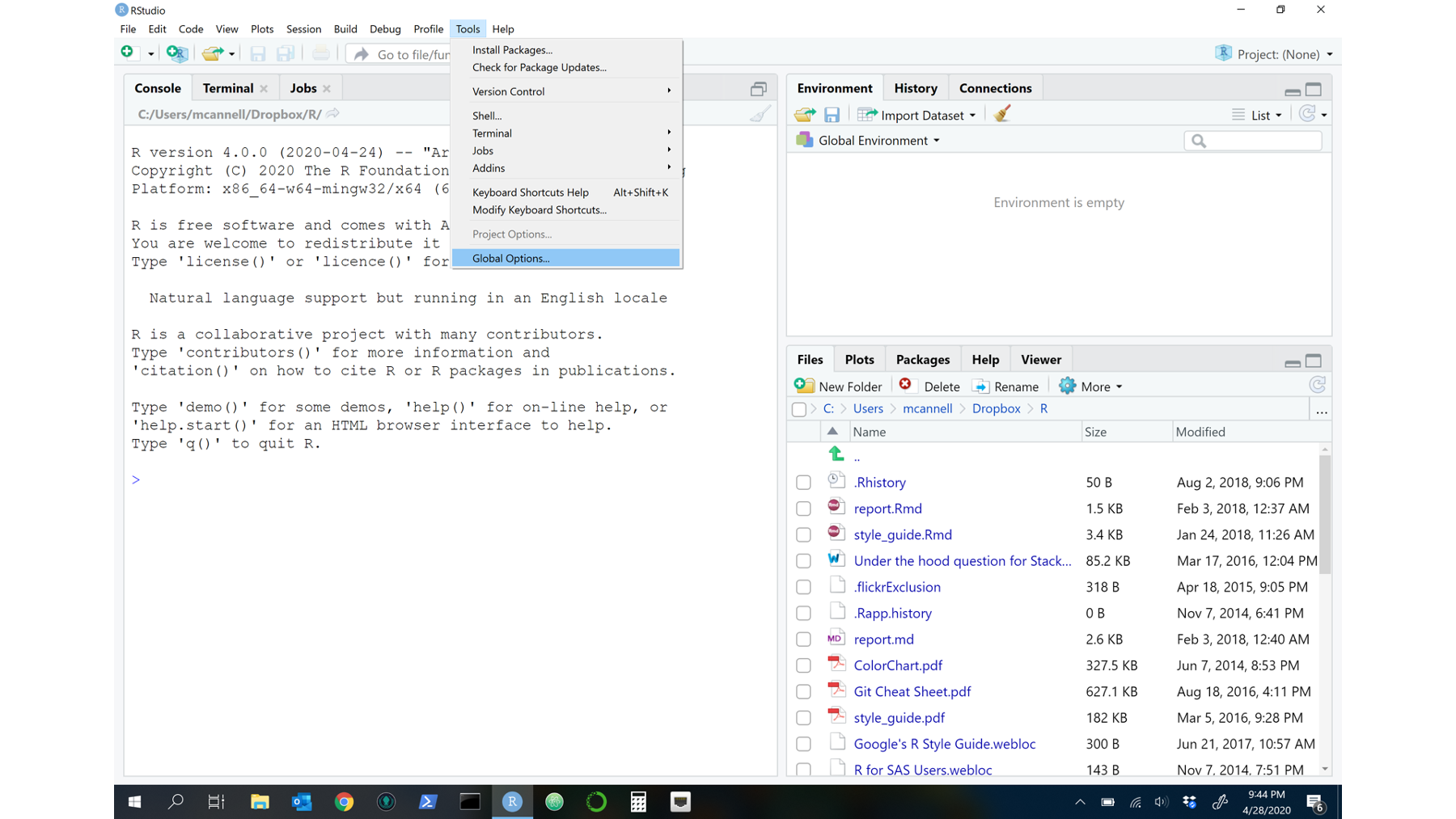 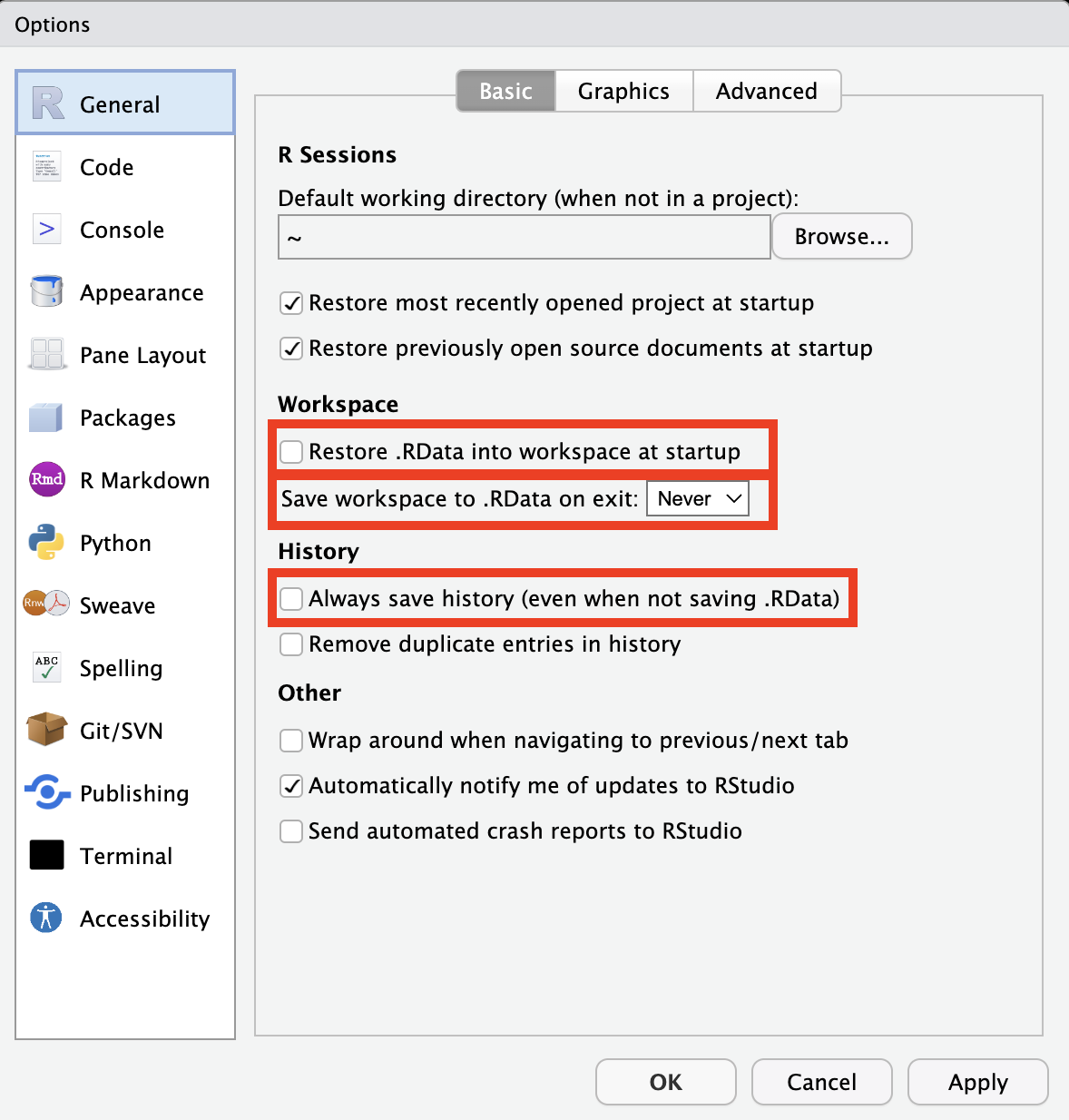 On the “Appearance” tab, I’m going to change my Editor Theme to Twilight. It’s not so much that I’m recommending you change yours – this is entirely personal preference – I’m just letting you know why my screenshots will look different from here on out. 3.15 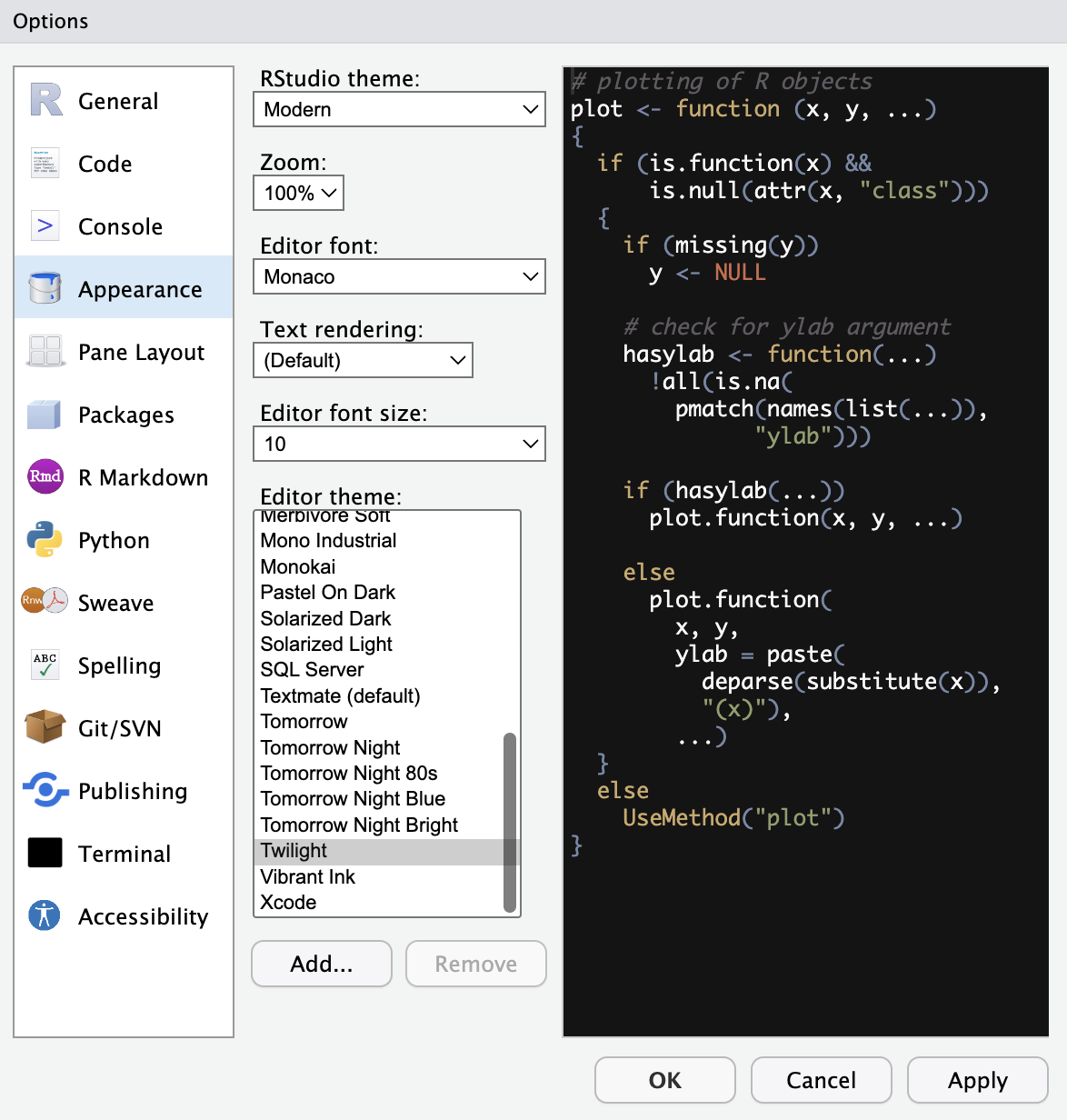 I’m sure you still have lots of questions at this point. That’s totally natural. However, I hope you now feel like you have some idea of what you are looking at when you open RStudio. Most of you will naturally get more comfortable with RStudio as we move through the book. For those of you who want more resources now, here are some suggestions.